Yes, I know the poems of Scots poet William Topaz McGonagall pale compared to the likes of William Shakespeare, Emily Dickinson, Glenda Bailey-Mershon, Susanna Lang, Adam Wyeth, and Christine Swanberg (and thousands more). However, in being immortalized as “the worst poet in British history,” he’s gotten half a bad rap.

According to Wikipedia: “The chief criticisms [of his poems] are that he is deaf to poetic metaphor and unable to scan correctly.” Moreover, “Scholars argue that his inappropriate rhythms, weak vocabulary, and ill-advised imagery combine to make his work amongst the most unintentionally amusing dramatic poetry in the English language.”

I think they have missed the point. Okay, so he’s the Ed Wood of poetry. Ed Wood, burdened with the retrospective honorific “The World’s Worst Director,” had a decent story sense. Starting with the same synopses, a competent director could have made film history.  Wood was just a lousy filmmaker.

Like Wood, McGonagall toiled in the wrong genre. Wikipedia went on to say, “His work is in a long tradition of narrative ballads and verse written and published about great events and tragedies, and widely circulated among the local population as handbills. In an age before radio and television, their voice was one way of communicating important news to an avid public.” An indication of his acute story sense, “Ode to the Queen on her Jubilee Year,” “The Wreck of the Steamer London While on Her Way to Australia,” “Grace Darling or the Wreck of the ‘Forfarshire’,” and his most renowned poem “The Tay Bridge Disaster” show, from his choice of subject, his sense of drama. His choices of content in multiple works concerning news events illustrate his understanding of what readers like. 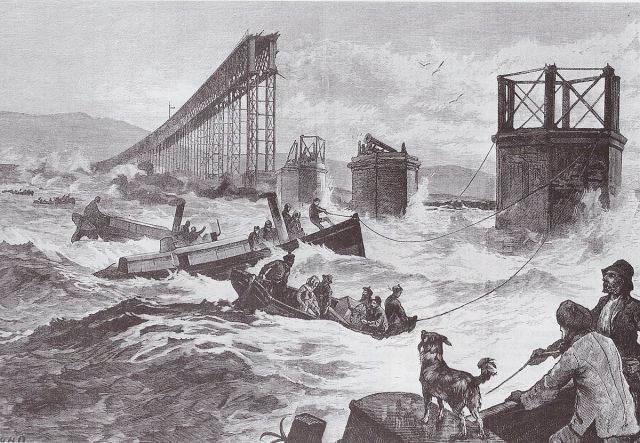 Moreover, poems about death and funerals, history, moral issues, and temperance show his concern and understanding of the human condition. Still, to most, his subject matter gets lost in the doggerel. 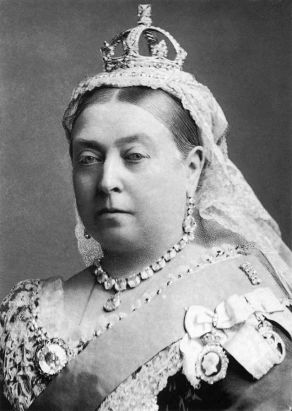 McGonagall’s epic poetry is a clear admonition against letting form overpower content; it did not want for emotion—overstated perhaps—but his editorial perspective was clear. In  “An Ode to the Queen on her Jubilee Year,” some of his imagery is clear and precise. However, rhyme and meter were everything to him, overshadowing his love for his sovereign.  Perhaps “The Tay Bridge Disaster” lacks more than it offers, but it illustrates his ability to recognize a good story. The soul of a storyteller with no ability to tell the story with clarity and the drama it deserves is nothing short of tragedy.

Even Wood had his moments. Maybe the best part of “Glen or Glenda,” overrun with such detailed narration in place of visual imagery, was his wistful, though slightly overplayed performance as the hapless main character regarding his cross-dressed reflection in a store window. Though he sports movie star good-looks, he’s generally not a great actor, this moment reveals just how much the project meant to him. This film before its time, in the hands of a competent filmmaker, could have been so much better than even Wood thought it was.

A flying saucer is seen flying above the graveyard in “Plan 9 from Outer Space.”

The plot of “Plan 9,” earth at risk from alien solar weaponry — even with the zombie connection, could have been literature under the sure hand of a James Whale. Wood, too, had a nasty tendency to let the worlds he built rule rather than serve the story and its actors.  Fine literature is crowded with examples of setting as a supporting character.

Unlike Wood, McGonagall faced the worst mockery and scorn during his lifetime, but chose to view criticism as a product of those who did not understand his great work. In some cases, especially in the letter of rejection Queen Victoria sent when he applied to be poet laureate of England, he took the criticism as great praise.  In the film “The Great McGonagall” [1975, with Spike Milligan as McGonagall and Peter Sellars as Queen Victoria, directed by Joseph McGrath], all the adult males were portrayed in broad parody. The college students who egged McGonagall on exchanged infantile expressions of amusement the moment he looked away. If the essence of acting is truly immersion into the truth of the character, one wishes to ask the actress who played Mrs. McGonagall [Julia Foster], what is it like to be the only sane adult in the room? [I suppose we could ask that of Hillary Clinton, too.] Wood passed away long before the jeers revved up to epic proportion, but he chose to view that which he faced when he was alive in much the same way McGonagall did.

Most of us are at a disadvantage. We grew up in a society that valued treating people with respect. Some say the turnabout started with the republican’s who jeered President Obama during a State of the Union address. Certainly, that started bringing out latent racism pushed underground by an ad campaign during the Civil Rights Movement. Others say it started with Newt Gingrich taking his daughters to visit their mother, who was recovering from cancer surgery and brought along divorce papers for her to sign. Both of those incidents were somewhat isolated in a world where most people were still acting respectfully even if it was a mask.

Okay, so Americans have a history of pecking parties, but the majority have always shunned scapegoating. They saw those that took after individuals based on race or religion as evil.

Now that it’s all around us, it’s much harder for those just trying to survive to rise above the bullshit. In this age of terrible republican role models, we are bombarded with disrespect in the form of mockery, execration, easily identified falsehoods, total disregard for more than two-thirds of voters, leaders so terrified of women they needed to remove all our effective medical and physical protections and literally silence the smartest women, vilification of not just those less fortunate, but those who exhibit concern for them, among other abominations. All of which has opened the old wounds and given some permission to behave badly. Even kindergarten students are mimicking disrespect. Yet worst of all is the reverence for money akin to worship that gives a glamorous aura to the so-called “role models.” Certainly, oligarchy has proven harmful to the economy, and the deeper issue kakistocracy is an unspeakable frustration. Still, the normalizing of mockery, xenophobia, lying, and disregard for frailty — all in the name of a religion the majority “leaders” know absolutely nothing about — far more tragic than a voiceless poet.

Freelance writer, aspiring novelist, and board member of Jane Stories Press Foundation.
View all posts by Judy M. Goodman →
This entry was posted in Uncategorized. Bookmark the permalink.