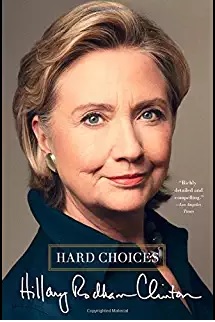 I’m about halfway through Hard Choices by Hillary Rodham Clinton[1], having finished her Living History[2] not long ago, and I’m impressed not only with her experience and thought processes, but with her writing as well. She gives each event personal as well as diplomatic importance without leaving the reader with the sense that it was all about her. In terms of the diplomatic, she spoke in as much detail about her successes in

various parts of Arabia and elsewhere in the world as of her frustrations attempting to broker an agreement between Israel and the Palestinians, a sad saga of bad timing and external pressures. Though possibly it shouldn’t have, her descriptions of the old city of Sanaa, Yemen surprised me with its similarity to the Old City in Jerusalem even in regards to the clothes worn by both the Arab and Jewish women.

Even before reading her books, I could not understand why people would believe the picture conservative painted of her. I don’t understand why reasonable people persist in freezing at the wall of skew, exaggeration, and downright lies about Secretary Clinton. Like all of us, she’s made mistakes. Still, she takes responsibility for her own human fallibility, a stark departure from her sworn opponents who blame her and President Obama for some of their own more unconscionable actions. 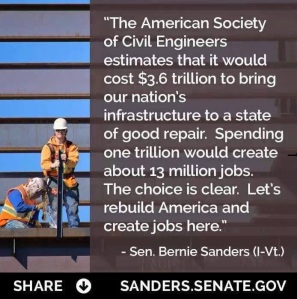 The prime example, the attack on the US facilities in Benghazi, that resulted in four deaths, has been a cause celebre for Republicans who want to malign the President and Secretary. Though the 2012 tragedy in Benghazi was a direct result of acts of congressional austerity committed long before Obama took office and had already resulted in thirteen attacks on American embassies during which sixty people died[3]. Senate Republicans had thirteen opportunities to reconsider the cuts in the State Department’s security budget even before it could have occurred to them that Hillary Clinton would have to face those choices. And at every opportunity, they chose to ignore their mistake.

To me, admitting and learning from one’s mistakes is a strength too many politicians refuse to cultivate and the implication by one politician that it’s Clinton’s weakness rather than one of her

many strengths is almost laughable, given the number of mistakes he and his party have made and let go unchallenged. Still, partisan efforts continue to smear her with innuendo and unconstitutional leaks before the evidence has had a chance to be vetted. Not learning from this mistake by a Republican led congress has cost at least $7,000,000[4] (most of which could have been better spent rebuilding roads and not cutting human services) and the lives of sixty-four Americans (at a conservative estimate.)

Wikileaks, though already shown to have misrepresented some of the content of those now infamous emails[5], continues to release more documents in tantalizing bundles. Has no one heard of “chain of evidence”? Wikileaks has already proven themselves to be unreliable.

My cousin, a long time conservative, thinks I hate all Republicans and blame them for everything that goes wrong. Frankly, I used to be a Republican when, as it turns out, being Republican did not mean being a neoliberal, anti-union, self-serving obstructionist. When I was — what? — seven-years-old, I would have voted for President Eisenhower. I liked Ike. Today, I’m also having a load of trouble with (at least) one Democratic mayor who’s screwing with teachers as if he were a Republican. No, it’s not Republicans, but the pretenders to sane political thought and process that gall me.

Republicans in congress have spent millions of dollars of public money — not trying to nail HRC — but trying to make her look bad enough that die-hard conservatives and overly idealistic progressives will distrust her — despite reports of nonpartisan fact-checkers that state she has more integrity than most of those in national politics. According to Politico, she tells the truth 73% of the time[6] compared to her opponent 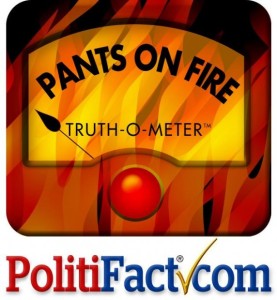 lying 70% of the time[7], and all the fact-checkers say the FBI has exonerated her of wrongdoing in the ridiculously inflated email scandal.[8] And, worse, Republicans continue to accuse her of being responsible for the deaths in Benghazi. Even the quality of their untruths differ. According to the Detroit Free Press, “Clinton’s untruths occur with way less frequency, and many fall more naturally into the category of embellishment or distortion rather than outright lie.” [9]

Perhaps the Benghazi noise is just their way of distracting us from republican “austerity” cuts which injured not just the State Department’s security budget,  but Medicare and Medicaid as well. Republicans blame that on the Democrats too. They’ve done such a good job of brainwashing the voters who have much to fear from Republican policies concerning wages and other aspects of the economy that some of their followers are champing at the bit to start another costly investigation into why Clinton and President Obama were not in the Oval office on 9/11.[10] May I respectfully suggest to them that it was because then sitting President George W. Bush hadn’t invited them.

The military solution is usually a disaster as in Viet Nam all those years ago. No one has ever successfully explained to me why we were a) fighting an undeclared war, and, even more demoralizing, b) fighting someone else’s battle when the Viet Namese civilians made it clear, almost daily, they didn’t want us there. However, as Clinton points out, a well-trained military like ours can be the best choice, no matter how hard, in a case like getting bin Laden.

I won’t get into whose vacuum opened up a space for ISIS and ISIL to pour out — even though their first appearance was before President Obama took office — yet the Republicans blame them on the stalwart team of Obama and Clinton. Still, what I’m most interested in are the cases in which soft diplomacy (people talking) succeed, cases in which human beings interact. Specifically instances like Burma and Pakistan when human rights and democracy prevail, soft diplomacy was vital to the resolution when hard diplomacy (military action) could have easily ended in disaster.

What surprises me most about Hard Choices, is that diplomacy is not primarily a formulaic, even formal process with the detailed and precise language of treaties and other international papers. Perhaps it once was, but now it seems that, in most cases, it’s two or more human beings getting together in myriad types of settings learning how to communicate. Sometimes, the more tense situations require the repetition of specific, clear wording, but those seem to be limited to the more frustrating difficulties.

Human interaction is still the best path avoiding the military solution. Films with battles and bloodshed may seem more interesting than biographies or quiet histories, but the focus on successful human communication teaches us about ourselves and how we can be better people. Even before reading her books, I could see that the false image of Hillary Rodham Clinton projected by frightened Republicans and other conservatives with a lot to lose from a progressive government did us all an injustice. It doesn’t fit with the true image of her service: standing up for women all over the world, helping them find economic and personal autonomy; standing up for first responders and for her imperiled state of New York after 9/11; all the way back to when she personally went from school to school rooting out systemic racism. And probably even before that. None of this fits the picture of her conservatives have drawn in their own image propagated within their politics of selfishness.

After all of this, can the rift between conservatives and progressives be healed? As I read Clinton’s books and discuss them, I think we need to adopt the soft diplomacy approach. In describing those highly effective, informal diplomatic conversations — human beings getting together in myriad types of settings  — Secretary Clinton may have designed a way to bring the country together after the bitter conflagration of the 2016 election.

Notes:
[1]http://www.goodreads.com/book/show/17727276-hard-choices?ac=1&from_search=true
[2]http://www.goodreads.com/book/show/56073.Living_History?ac=1&from_search=true
[3]https://en.wikipedia.org/wiki/2012_Benghazi_attack
[4]https://www.quora.com/How-much-money-has-the-U-S-Congress-and-Senate-spent-investigating-Hillary-Clinton-and-what-has-the-country-gained-from-these-investigations
[5]http://www.newsweek.com/vladimir-putin-sidney-blumenthal-hillary-clinton-donald-trump-benghazi-sputnik-508635
[6]www.politifact.com
[7]www.politifact.com
[8]http://www.cnbc.com/2016/07/05/fbi-director-james-comey-has-concluded-the-investigation-into-clintons-emails.html
[9]http://www.nytimes.com/2016/08/07/opinion/sunday/clintons-fibs-vs-trumps-huge-lies.html?_r=0
[10]https://www.youtube.com/watch?v=b_l4zi4p9WI&t=54s This video has been edited, no longer showing the interviewer pressing the supporter about his concern that Obama and Clinton were not in the oval office on 9/11. When asked straight out if he wanted an investigation, he said yes, he most certainly did.

Freelance writer, aspiring novelist, and board member of Jane Stories Press Foundation.
View all posts by Judy M. Goodman →
This entry was posted in Uncategorized. Bookmark the permalink.