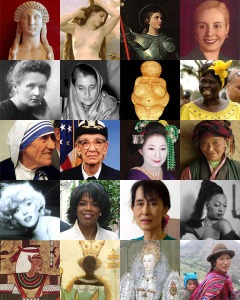 In his recent blog entry “Understanding Angry Old White Men,” my friend Dr. Gerald Stein stated: “Males pass through a stage of feeling almost invulnerable and immortal, at least on occasion. They rush to fight wars, compete for mates, and try to climb higher than others. Women perform a selection of these tasks, but few teenaged girls believe themselves indestructible.”1   I recommend that all adults, regardless of age or gender. read his entire article.

Although the thrust of his insightful article captured the human condition, pointing to the physiology of age and the effect of retirement on his defense mechanisms as the source of rage in men of advancing years, Gerry makes rather broad assertions about women which may not hold up.

If in fact, women are the tougher sex, able to survive natural childbirth (which would probably kill a man), “are better sports and, ironically, superior at manning-up to the depredations of time,1” it must be a function of what society expects of them. A staple “joke” in modern sitcoms, is set up by the man stating a decision appears not to be thought out very well and each time the woman states an opinion, the man responds with increasing dismissiveness until she finally utters, no matter how calmly she speaks, the kernel of truth that cannot be argued away, he shouts “I can’t discuss this with an irrational woman.”

One of my feminist instructors in the 1970’s told me in no uncertain terms women actually were manipulative. Now I understand why.

As for women being “superior at manning up to the depredations of age,” we have developed a multizillion dollar cosmetics industry and long ago learned that complaining about anything, more often than not, fell on deaf male ears; and if we were heard we were subjected to degrading baby-talk or demoralizing vitriol.

Though the women who are now 60 and over have been conditioned, often from birth, to lay back, be good little girls, play with dolls rather than water guns, hold their tongues, and restrict their thoughts and dreams, some women have been blessed with the type of personality that allowed them to blaze trails through forests of testosterone, regardless of the roles their mothers modeled for them. Still, we’re not out of the woods yet. To wit, the Verizon commercial2 reminding parents that daughters really do listen to them when they give messages that essentially tell them to drop their potential down the toilet.

And, I can’t help thinking that familial abuse–so distressingly prevalent–figures into any tendency to feel invulnerable more than the accident of gender. “In 1940, [Carney] Landis published his findings in two related studies, the first of 153 ‘normal’ women and the second of 142 psychiatric patients, reporting that 24% of these subjects reported being sexually abused as children. Later in 1956, Landis expanded the study to 1,800 college students, discovering that 35% of the females . . . had been sexually abused at an early age.”3 The U.S. Department of Justice Bureau of Statistics estimates that nearly two of every three female victims of violence were related to or knew their attacker and in 92% of all domestic violence incidents, crimes are committed by men against women.4 According to RAINN” these days, 60% of sexual assaults are not reported to the police. Can you imagine how many more were suppressed in the 40s and 50s.5

Without these influences, females might well think of themselves as indestructible. In fact, sometimes you just need to look at the self-destructive activities some women of all ages participate in and wonder whether they actually do feel as immortal as our male counterparts do.